Here's to a daydream believer 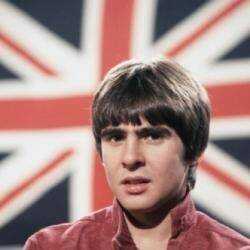 Wednesday's news of Davy Jones' death was sad not simply because when anyone dies it's a sad day -- particularly at 66, which is too soon.

But it makes me sadder when we lose this kind of entertainer, someone who simply tried to bring a little happiness to other people. Personally, I'm sad realizing I've never really appreciated the Monkees the way I should.

Growing up a couple of generations after the band's heyday, I remember seeing some of the show's reruns as a kid and being amused.

As I got older, though, and got really into music, the band was beneath my taste. They weren't an "organic" band. They didn't do "serious" music.

Mostly they were guilty of not being the Beatles or the Stones. But then again, isn't every other band?

As I've gotten older still, I've lightened up a bit. I'm not such a rock snob anymore. Of course, I always knew that "(Theme from) The Monkees" and the two "Believer" songs were the Monkees, but besides that, I was clueless.

Tracks like "Last Train to Clarksville" and "(I'm not Your) Steppin' Stone" are great examples of the rock and roll of that era, and I didn't even realize they were the Monkees.

All I'm really trying to say is we lost quite an entertainer this week. No, the Monkees didn't change the world, but that wasn't really what they set out to do.

Making music in an era when bands were starting to take themselves more seriously, this band just tried to have fun and make people smile. Who cares if it all started out as a TV show?

Decades later, the music still has us smiling, all while not sounding nearly as pretentious as some of the hippie music.