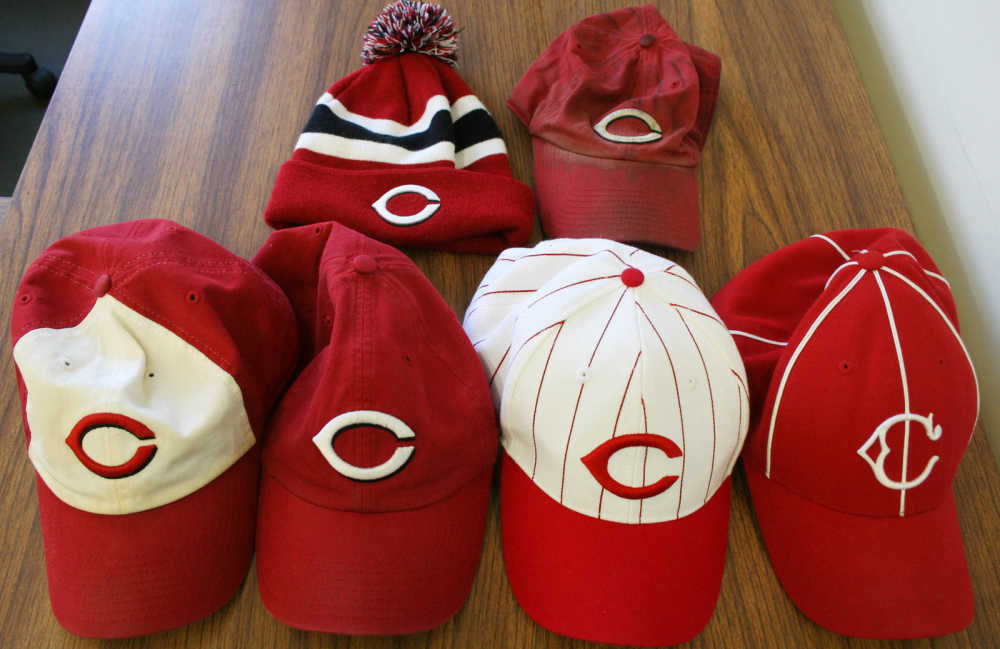 And now for a brief look into the neurosis of an unrepentant sports fan.

My favorite team is in the playoffs and I have a bit of a problem.

No, the problem isn't that I have a ticket to Sunday's Reds game in San Francisco but no plane ticket. What a problem that would be to have.

Instead, my problem is rooted in the belief, rooted somewhere deep inside me, that I somehow control the outcome of games by the hat I wear.

It's a matter of hat choice, the exact position of the cap. (A backward cap when the Reds are at bat trailing in a late inning brings favor from the baseball gods.)

It's a matter of overall attire. My gold Packers hoodie, paired with a retro Brewers hat, has helped the team to a Super Bowl victory and a 15-1 regular season in the last two years. (And early season returns would indicate it's time for a new sweatshirt.)

Enough about football -- for eight lucky fan bases, it's still baseball season. I'm fortunate enough to be part of one of them.

For much of the second half of the season, I've employed one of the first three for each win streak. Whenever the Reds lost, I switched to the next one.

I think it's gone well -- a 50-27 record since from the All Star Break and from a 1-game deficit to a 9-game division victory.

Add to the mix the Larkin hat -- a gift from Miss Lauren Boucher after she went to a game -- and you have a fourth hat that won a few games late in the season, including Homer Bailey's no-hitter last week.

But the game changes in the postseason. Do I stick to the winning streak method or do I wear a different hat for each of the Reds' different starters? I employed this to some success a few years back when the Tigers went to the World Series. (I'm not a fence-sitter. I come from a family of Sparky Anderson fans. The Reds are my team, should it come up.)

Obviously in this method Homer would get the Larkin hat that served his so well recently. Not sure where Johnny Cueto, Bronson Arroyo and Mat Latos fit into the mix.

Besides this, what do I do with the sock cap (don't call it a toboggan) and the nasty cap? I suppose I can just continue to wear those when it's cold (like today) or when I'm mowing the yard (sadly, also today).

I just hope I get the chance to wear them all. A friend told me yesterday I'd only need three of them.

Thanks a lot. But what should I expect from a Cubs fan? I suppose that's what 104 years and counting will do to you.

Post-Game 1 Update: I've decided on the starting pitcher method and the solid red model worked for Game 1 ... sort of. With Cueto's injury, I think I'll make it the Latos hat, not the Cueto hat. May be stretching the rules, but it's my own delusional game, so I'll make the rules.

Only 171 days until opening day. Beat the Angels!