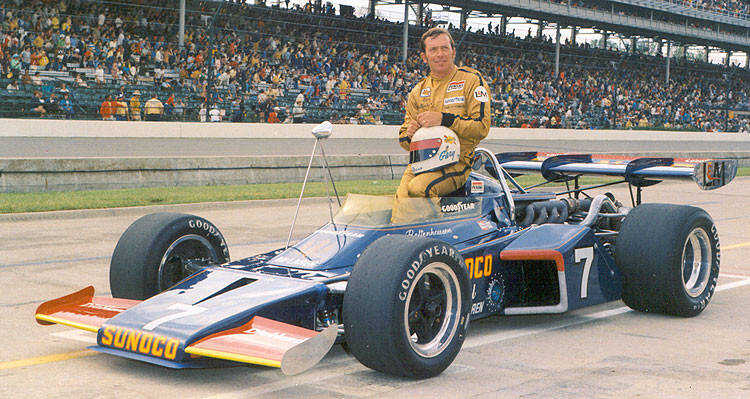 With the Monday morning news came a sad note for fans of the Indianapolis 500 and its storied history.

For me, the news came with a flood of memories of my earliest days as a real fan of the race in the late '80s and early '90s.

It was a generation of drivers just finishing up their careers as I began to get interested in the sport. Their stories captivated me.

For members of the Jernagan family, Bettenhausen was part of that class and that generation. The key difference? The other men I named combined to win Indy 19 times. (Also amazing is none of them are dead. Remarkable when you consider their line of work.)

For the Bettenhausen clan, Indy victory was like the end of the rainbow -- always just over the horizon. Combined, the family had 46 Indianapolis 500 starts with zero victories -- most of any racing family.

Middle brother Merle never started at Indy. He made only one Champ Car start, crashing on the third lap at Michigan International Speedway. The crash tore off his right arm.

Youngest brother Tony Jr. started 11 times and finished seventh in the 1981 race. He later became a team owner before perishing in a 2000 plane crash.

And so it was that Gary was blessed with both the long life and career that eluded his namesake. But circumstance also kept him from fully realizing his career potential.

He made you want to root for him because you got the feeling he had all the talent of the multiple-time winners, but inferior equipment. As a fan of the underdog, I felt drawn to him.

You got the feeling that if he could have avoided injuries, had better cars or been a little less hard headed, he would have won Indy at least once, maybe two or three times.

My cousin is a former radio sportscaster and DJ and I remember him telling a story about getting a ride around IMS with Bettenhausen in the 1980s. These cruises in whatever the official car of that year's 500 are common for media members, but this one was a little different.

As they zoomed around the 2.5-mile oval at speeds you wouldn't want to go on the highway, Bettenhausen was busy driving and telling a story. In making his point, the driver turned halfway round to face his captive audience, eyes off the track and hands off the wheel, motioning as he spoke.

I guess fear of death isn't too strong in race car drivers.

I remember being very sad when the Indy Car split and Bettenhausen's advancing age forced him to walk away from the 500 in the mid-'90s.

Monday morning's news made me even sadder.