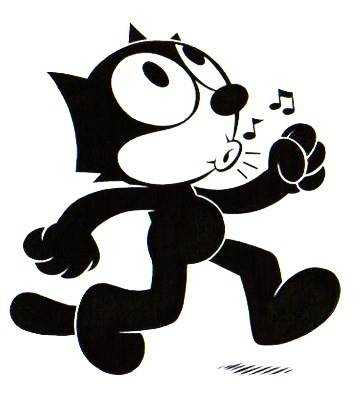 (No, really. You ain't. None of these songs sound remotely like "Dixie.")

The other day while I was driving, Paul Simon's "Me and Julio Down by the Schoolyard" came on the radio. It was a fun three our four minutes, as I don't usually go out of my way to listen to Simon, but when a song like this comes on, it's just pure joy.

I had forgotten about the whistling in the song (which begins at the 1:12 mark), so when it started, I got to thinking about my favorite whistling songs.

While Paul didn't make the top six (Why six? I didn't want to narrow it to five.), I've included the video just as a jumping off point.

Weird to include this, because I don't even like this song that well. But I do love when it's all kind of going crazy at the end. And that's where the whistling is.

But the last 15 seconds or so is nothing but whistling.

What a dose of pure '80s fun. Sure, the decade's music hasn't always aged well, but this one is still fun, at least to me.

Check out the whistling solo right at the 2-minute mark. It's an underrated moment in the song.

This one won't be familiar to some readers, who will cry out that I snubbed Bobby McFerrin or John Lennon or even The Seven Dwarves in favor of some Swedish upstarts.

I don't care because the whistling on this song is awesome, actually the catchiest part of the song. I spent several years not even knowing what this song was called or who performed it. Instead, it was just "that one song with the whistling."

3. "Colonel Bogey March" from "The Bridge on the River Kwai"

I'm not sure I can make a list like this without this one. This is the whistling song for my money.

Not much else to say, except prepare yourself for 157 seconds of awesome.

(These aren't the droids you're looking for.)

You know what makes this one so good? It's the fact that Otis really isn't very good at whistling. I'm a terrible whistler, and I can recreate this one.

But that was what made Otis Redding so good. He didn't have a smooth voice. I've seen some old film and he sure as heck couldn't dance. Instead, he carried his music with an energy that came from somewhere inside of him.

It may sound trite, but I think you can only call what he had Soul. That quality comes through loud and clear on this, his greatest song.

I love this one for just the opposite reason as the last selection.

With the possible exception of my mother-in-law, W. Axl Rose is the greatest whistler I've ever heard. I love this song on multiple levels, but the whistling outshines them all.

As soon as a had the idea of making this list, this song was bound for the top. Everyone else was just playing for second.

Also, I'd be remiss if I didn't mention a few other songs that at least garnered consideration for the list above: "The Fishin' Hole" (Andy Griffith Show theme song), "Winds of Change" by Scorpions, "Waitress" by Live, "The Stranger" by Billy Joel, "If I Only Had a Brain" by the Scarecrow and "Always Look On the Bright Side of Life" by Monty Python.

And if you click on that last link, I hope you bring your twisted sense of humor. It's Monty Python, people. If you're easily offended, don't click.