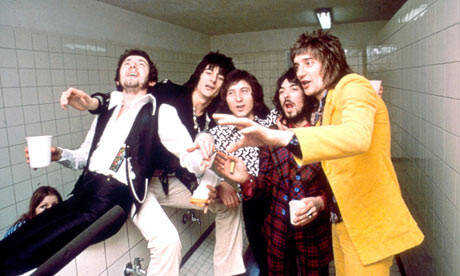 This blog idea came to me over the last week or two from a number of factors. One of them is that I'm coming to be a crotchety, old music fan. It came to me on Monday with an email from a publicist.

The publicist in question thought I might be interested in reviewing a heavy metal band named Death Penalty. I realized that if I was ever wired in a way to enjoy such a band, it was not now -- 33, married and a father. I don't have that kind of rage anymore.

What I do enjoy now is the subtlety of music. I love the guitar, bass and drums that are always out front in most popular music, but it's the more supplementary instruments that I notice these days: piano, brass, saxophone, steel guitar, fiddle, banjo and organ. Oh, organ.

I realized that very few people put the organ to good use these days, and I don't like that.

So at the risk of making this a series of Andy Rooney "You know what I hate?" kind of rants, here it is: A dose of B-3 -- a periodic reminder of how good organ can be in rock music.

While this blog idea came to me while listening to Jackson Brown's Late for the Sky, but I don't feel like that makes my point too well. It's almost too subtle.

So this one's a bit more in your face with the drunken bombast of Faces, and their hit "Stay With Me."

When you talk about this band, it's hard not to lead off talking about Rod Stewart and then moving on to current Rolling Stone Ronnie Wood.

In my mind, though, the person who made the Faces' sound was keyboardist Ian McKlagan, and at no point is that more on display than in "Stay With Me."

So sit back and enjoy some excellent 1970s blues rock, particularly the crescendo that builds on the sound of those twin keyboards.

I'm glad these guys finally made the Rock and Roll Hall of Fame. What took so long?