Hard not to root for 'the ol' coach' 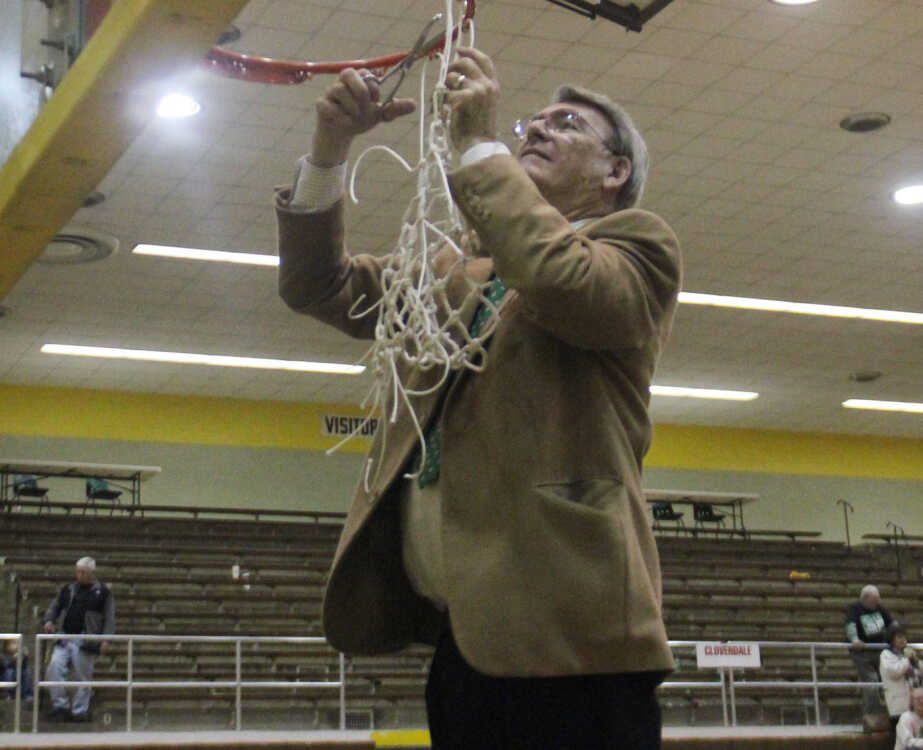 When Pat Rady coached his first game in November 1964, the Beatles were all still clean shaven.

The Supremes' "Baby Love" was in the midst of a four-week run as the No. 1 song in America.

"Roustabout," starring Elvis Presley, was the No. 1 movie in the country.

But this is a basketball column. Want some perspective on that?

Michael Jordan was a toddler.

John Wooden and UCLA were about to begin a run to another NCAA title. No surprise there, but here's the shocking part: It was only his second of 10 titles.

A young guy from Ohio named Robert Montgomery Knight was beginning his final season as an assistant coach at Army. A year later, he began his storied coaching career, piling up 902 wins along the way, currently the second best total in history.

What about the guy with the most wins? Mike Krzyzewksi was a junior at Archbishop Weber High School in Chicago. Coach K was still two years away from playing for Coach Knight at West Point and 11 years from beginning a head coaching career that has yielded 1,018 victories (so far).

But this also isn't about college basketball. It's about a Putnam County kid and his lifelong love affair with basketball.

A 1959 graduate of Roachdale High School, Pat returned to Putnam County five years later to coach the Hawks' arch rivals to the south, the Bainbridge Pointers.

After some amazing seasons at Bainbridge (including a run to semistate), Pat's basketball journey carried him around the state, with stops at Southmont, Winchester, Shelbyville and Terre Haute South, the gig for which most people recognize the coach.

Then in 2004, 40 years into his coaching career, Pat made his way back to Putnam County, taking the reins at Cloverdale and leading the Clovers for 11 seasons, winning two sectional titles and 143 games.

Rady coached two future NBA players, one of them our very own Larry Steele from tiny Bainbridge High School.

But this column is also not about numbers.

It's about a man who won a lot of games, but even more importantly, touched a lot of lives along the way. Players, parents, community members and even sports reporters came away better for having crossed his path.

I must say I was surprised by the announcement Monday night. It has nothing to do with standout Cooper Neese having two more years playing for the Clovers because I don't think chasing wins was Rady's goal at this point.

I took the job of Banner Graphic sports editor in March 2007, just two days after the Clovers' first regional run under the Hall of Fame coach ended. The "Rady Retirement Watch" was in full effect even then.

When Rady stayed for another year, conventional wisdom became, "Well, he wants to finish out Craig Blair's career."

Blair graduated in 2008 and still Rady signed back on. Now the "experts" all said it was about getting to 700 wins and seeing out the last two years of Brandon Moon's Cloverdale career.

No. 700 came and went, as did Moon's time in green and white. And yet Rady stayed on.

It was probably somewhere around this time that I finally brought up the "R-word" to Pat. You see, I always tried to stay out of the speculation game. I knew he would retire eventually and I knew he would be gracious with his time, the same way he had always been.

But in the course of one of our conversations after the recorder was off, the subject of retirement came up. Pat revealed something to me I've long known about the best coaches. When he did decide to hang it up, he said, games were not what he would miss the most. He said he'd miss the daily teaching that comes in practice.

"I hope the Good Lord grants me good health so I can travel around, seeing how other coaches run practice. That's always been my favorite part," the coach said.

That's love of the game speaking right there. It's about the daily grind of getting better, not the glory of piling up wins or cutting down nets.

Fortunately for those of us who are Rady fans, the wins and nets came back anyway. A good run of talent yielded 41 wins and a sectional title in the coach's final two years. Rady also reached second on the IHSAA all-time wins list, trailing only Loogootee's Jack Butcher and his 806 victories.

I think he would've walked away when he thought it was time regardless, but I'm glad that Pat left on a high note.

From a personal perspective, Monday's announcement was bittersweet. Despite the need for objectivity in this job, I'm unashamed to say I'm a fan of Pat Rady. That's because when I first met him, in his athletic director's office at Cloverdale High School, the coaching legend treated a green sports editor with a level of respect I hadn't yet earned.

During the course of the conversation, he learned I was marrying an Evens with ties to Bainbridge. At that point, I was in. You see, Nicole's grandpa was the principal at Bainbridge when Pat coached and two of her uncles played for Rady and the Pointers on those excellent teams.

"You're marrying into a very good family," Pat said.

In that moment, I think he was sure he could trust me to do my job and treat him well. That trust always made it easy to deal with him thereafter.

When I texted Pat to congratulate him on Monday, I recalled that moment. After he had thanked me "for always being so kind to the ol' coach," I told him he made it easy to be kind.

"The Evens family connection made you basically family from day one," I told him.

Then again, I think "the ol' coach" made a lot of people feel like family over the years.