Another night, it's gonna be a long one 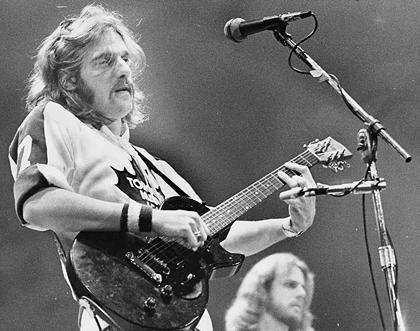 I'm tired of blogs revolving around the deaths of rock stars, but people important to my fandom keep dying.

(Apologies to Lemmy, who died between Christmas and New Year's and got lost in the shuffle. For anyone interested, here's a link to my favorite Motörhead song.)

But I can't let today pass without saying a little something about Glenn Frey.

Now, my feelings on the Eagles are a little complicated. As a kid who cut my teeth on country, their smooth, country rock stylings were a nice segue into classic rock.

Then in my 20s, I discovered Gram Parsons and went through an "I hate the Eagles" phase, as I believed (and still do) that Parsons did it first and did it better, but never got the recognition.

But the older I've gotten, I realize I was misguided. First of all, Parsons, as much as I love his music, was a narcissistic addict who more or less sabotaged his own chances at stardom at every turn.

Besides this, it's possible to love your favorites without belittling other artists. I've come to the conclusion that there's not enough time to hate good music. (Or bad music, for that matter. Just ignore the bad stuff.)

The Eagles most certainly made some great tunes, and Frey was at the center of most of my favorites.

He had the best voice in the band, the best mustache and he was subsequently linked to "Miami Vice." That's enough for me.

For me, the best Eagles song, hands down, is "Lyin' Eyes." I loved it from a very young age, and I can't tell you why. (See what I did there?) To be honest, it deals with issues that my eight-year-old brain shouldn't have been pondering.

But I wasn't really listening to the words so much as the delivery. It's all about the harmonies in this one.

At their best, the Eagles had an almost otherworldly way of blending their voices into one smooth sound that's greater than the sum of its parts.

Another excellent example is Seven Bridges Road. But "Lyin' Eyes" also has that great, multi-guitar attack that is another hallmark of the Eagles' sound.

So here it is. Enjoy.

Thanks for everything, Glenn.