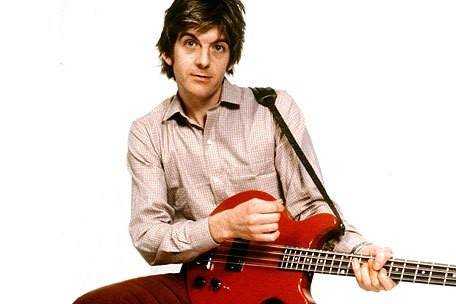 I've commented a number of times over the years that my weeks at the Banner Graphic the inverse of what they should be.

With no deadline, Mondays are fairly easy going -- a day to get some things done but without too much to stress about, what with no deadline and all.

Fridays, on the other hand, come with way too much to do. While everybody else is winding down on Friday afternoon, there never seem to be enough hours in a Friday to get done all we need.

It's stressful, far from what a Friday should be.

With that, I present to you the first installment of my Friday Jam. I hope to do it weekly, but we'll see how it goes, considering what I've just said about having too much Friday work.

It's for me as much as anyone else, but if you sit and watch this video (and the others that I hope follow) I hope to help get my weekend and yours off to a good start.

In that vein, I present the first entry: Nick Lowe's "Cruel to Be Kind," the version from his 1979 sophomore release "Labour of Lust."

Not much to say about this song except that it's one of the best pieces of pop songwriting to come out of the late '70s. Oddly, it peaked at No. 12 on six different charts -- U.K., Australia, Canada, New Zealand and two different U.S. charts. Seriously, No. 12 in every one? That's weird.

What's weirder to me is that there were 11 songs floating around at that exact time in 1979 that someone deemed to be better. I could look up the charts at that time, but I won't. It's likely to only make me mad.

The other thing I'll note before I sign off is what a charming piece of pre-MTV video making it is. I know music videos existed before MTV, but I feel like they basically all existed in a vacuum before MTV had them streaming into our homes 24 hours a day.

I can't quite put my finger on what it is, but I don't think a video made five years later would have looked anything like this.