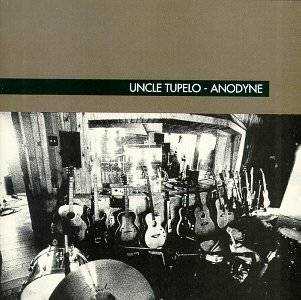 As a music fan, I seem to love lost causes.

I love Gram Parsons. I love Blind Melon. I firmly believe that those were two of the best artists of the 1970s and 1990s, respectively, but they never got the chance to prove it due to the drug deaths of Parsons and Blind Melon frontman Shannon Hoon.

Of course, it's easy to make a lot of claims when you're dealing in hypotheticals.

Which brings us to this week's song. If only Uncle Tupelo co-founders Jay Farrar and Jeff Tweedy could have gotten along. What could this band have done?

In 1992, the band made its fourth and final album, "Anodyne." Listen to the album and the songs that prove themselves to be standouts are a pair of Tweedy compositions — "New Madrid" and "The Long Cut" — and Farrar's "Chickamauga."

I listen to these tunes and think, how did this band ever break up? They were so good and just hitting their stride.

Listen to the lyrics of this one and see the clues Farrar dropped right there in the song:

The time is right for getting out while we still can.

I don't ever wanna taste these tears again.

Yeah, this band was breaking up. But they were making some good tunes as they went out.

When I listen to the album, though, I can't help but play the "if only" game.

I would love to know what album No. 5 would've sounded like, with the creative friction these two had but I never will find out. As far as I can tell, they still can't stand each other, almost a quarter century later.

I can do this all day.

I love this band. Seen 'em live once and I have to make sure it happens again.

As for Jay Farrar? It hasn't worked out quite as well. As Tweedy was forming Wilco, Farrar formed Son Volt, which had a great first album.

It's been a little less consistent since then, I'm sad to report.

But what can you do? Bands form. Bands break up. You just hope they leave some good sounds in their wake.

Uncle Tupelo definitely did that.