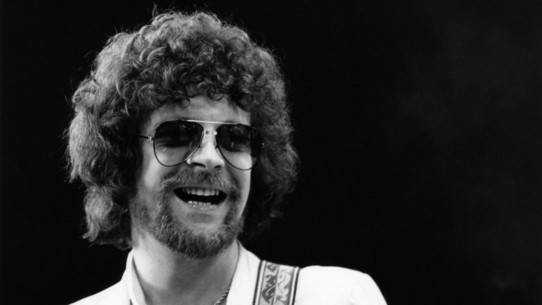 Things got busy on Friday so this post didn't make it in time. All the same, I don't want to leave this week out entirely.

More often than not, this blog series is an insight into the music I've been obsessing over in a given week. Not so this time around, as I've mainly been listening to Bruce Springsteen, with a bit of Gaslight Anthem sprinkled in during the last couple of days.

But as a sat down to write, another song popped into my head — Electric Light Orchestra's 1977 top 1o hit "Telephone Line."

While searching for live versions of the song, I came across this stripped-down 2012 version by ELO frontman Jeff Lynne and keyboardist Richard Tandy.

Anyone familiar with ELO and with this song in particular will note it lacks the layers of keyboards, guitars, strings and harmonies that are the hallmark of the band's vintage 1970s sound.

Ah, those harmonies...they've got, shall we say, a "Strange Magic" about them.

But all of that's gone. Just Lynne's voice, a six-string and Tandy on a piano, not a stack of pianos, organs and synthesizers.

It's still awesome, though. If anything, it's a nice reminder that, dang, Jeff Lynne can really write a song. All the sadness, desperation of the original is there, perhaps made even more raw by the sparseness of the arrangement.

I hope you enjoyed it. If not, I'll give you the full-band version, complete with creepy telephone sounds.