It’s bright outside, be happy 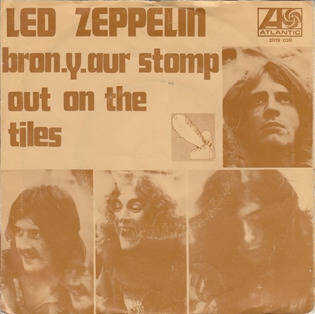 Caught in the winter doldrums?

Well, stop it. You live in Indiana. It’s bound to get cold this time of year. It’s when it’s not cold in early February that you should probably get worried.

Besides, it may still be chilly outside, but at least the sun’s shining. It could be another one of those gray, boring February days.

If you can avoid going outside, good for you. But station yourself near a windo and just imagine it’s 70 degrees out there. It

It appears we need help being cheerful this time of year, though. I got a message from an former co-worker this morning. It read as follows:

Give me a song for the day. It shall be my mantra to get through. I’m tired. I’m irritated and I wanna watch cartoons.

While I didn’t offer him any help on the cartoon front, I gave him “Bron-Yr-Aur Stomp,” a love song to a dog. Not sure there's a mantra therein, but I defy you to listen to it and not be happy.

This one is live, but the original is from side two of “Led Zeppelin III,” which is a darkhorse candidate for the best album side Zeppelin ever put to vinyl.

Are you happy yet?

If not, enjoy an additional selection in “Black Country Woman.” This one’s the original, from “Physical Graffiti,” although it was recorded for “House of the Holy,” and didn’t make the cut.

(Ironically, the song “Houses of the Holy” suffered the same fate. It was apparently good enough to provide the title of the 1973 album, but waited until 1975 for official release. Drug-fueled rock bands are funny.)

Anyway, especially cool about “Black Country Woman,” besides the song itself, is that it was recorded outdoors at Stargroves Manor, Mick Jagger’s home at the time.

Zeppelin utilized the Rolling Stones Mobile Studio to record this and some other songs outside.

Right at the beginning, you can hear a bit of chatter from the boys in the band and recording engineer Eddie Kramer.

A plane flies overhead and Kramer says “Don’t want to get this airplaine on,” to which Robert plant replies, in his cool, British rock star voice, “Nah, leave it, yeah.”

For some reason, I’ve always found the moment to be pure gold.