Grammys hot take: I don’t have an opinion 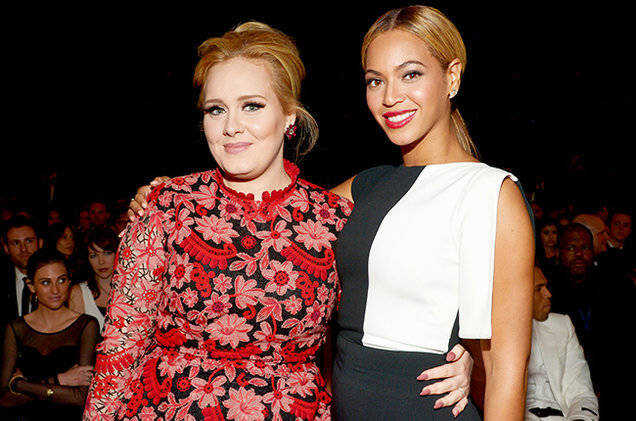 I used to fancy myself a music critic and this blog is still usually centered on music, so here’s my hot take on the Grammys:

I’m not sure I’ve ever watched the Grammy broadcast, at least not in its entirety. It’s always struck me as a self-congratulatory exercise by the major record companies to continue to promote their own products.

Perhaps I’m more of a cynic than a critic.

Anyway, there was a bit of controversy last night when Adele beat out Beyoncé for three of the top awards, with many people — Adele apparently included — feeling that Beyoncé was snubbed.

My take? I was underwhelmed by Adele’s “26” and felt disappointed after a five-year wait. Perhaps my tastes just changed in that half decade.

I’ve never listened to Beyoncé’s “Lemonade” in its entirety and I probably won’t at any time soon. So I don’t have an opinion.

Beyoncé is mesmerizing and utterly intriguing as a cultural phenomenon, but I'm a balding Midwestern dad in his mid-30s. I don’t really feel I’m her target audience anyway.

Of the bit of Grammy news that did reach me, two things made me very happy.

One is Cage the Elephant winning Best Rock Album for “Tell Me I’m Pretty.”

They say rock is dying as a dominant artform in popular music. Is it true? It seems it might be. If you care about that not being the case, support a good band like this. Buy their albums, go to their shows, wear their T-shirts. Every little bit helps.

The other was Sturgill Simpson winning Best Country Album for “A Sailor’s Guide to Earth.” Country does not seem to be dying as an artform, but I’m of the opinion that much of the genre’s artistic integrity and creativity died years ago.

Simpson’s music -— combining elements of country, rock, soul and maybe a touch of classical — flies in the face of this. Artists like Simpson, Chris Stapleton and Kacey Musgraves might yet save country music from itself. You should also support them.

But enough about current music. I haven’t been listening to it lately anyway.

Here’s one of my recent (and ongoing) obsessions. It’s probably better than any of the stuff we’ve talked about so far.

Great song, but why is Robbie Robertson wearing that stupid hat?

And now for something completely different, as the boys in Monty Python used to say.

I’ve also been listening to a lot of ‘80s music made by plaintive, slightly effiminate British men.

Enjoy your week, people. And don’t worry too much about the Grammys. “Don’t Worry Be Happy” once won three awards.

My point is, the Grammys are silly.