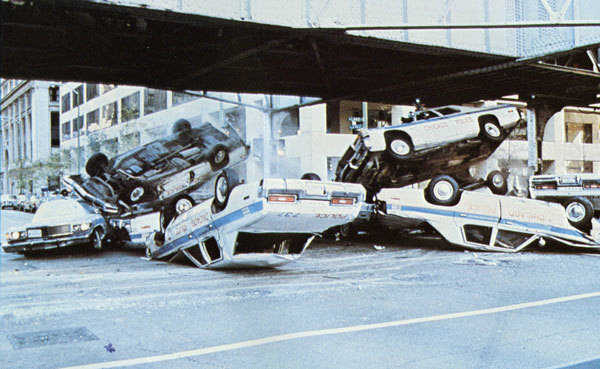 Driving my son to school takes approximately one song, so it helps when the good folks at WTTS make it a good one.

One day earlier this week, they did not disappoint. Shortly after starting the truck, the following song started:

Sorry for the delay at the beginning, but this is a pretty good version, so it's worth they wait.

It got me thinking, though, we need more car crash songs. Don't know any car crash songs? Then you probably need to get more into the music of the '60s. Even "Last Kiss" was a '60s song, as most of you know or will learn below.

Anyway, not much else to say except that maybe we need a few more disasters in our music. Instead, sometimes music just seems like a disaster.

So, here's a bright start to your weekend: Blood and guts and teenage tragedy:

Leader of the Pack-The Shangri-Las

This video is both idiotic and awesome. A tough combo to pull off.

That's right, country can get in on the act, too. In fact, I would put forth that if you need to do a song about a disaster, no man was better suited than Porter.

The Ballad of Thunder Road-Robert Mitchum

I didn't even knew this existed until today, but, seriously, Robert Mitchum singing? Awesome.

And he's not half bad, don't you think?

Wreck on the Highway-Bruce Springsteen

Save the best for last, right? What a great song. Be safe out there, people.