Fired up over fireflies 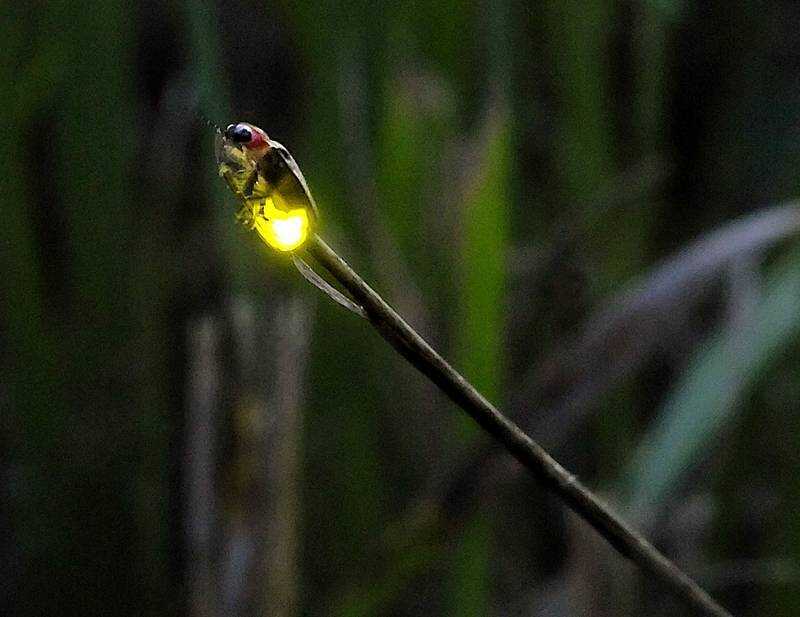 So do workers from Fedex, UPS and the United States Postal Service.

Even the two candidates in a hotly-contested race for Putnam County sheriff agree.

Those beautiful, peaceful bioluminescent insects that show up floating in the evening breeze every June? They’re called lightning bugs.

At least they are if you’re a Midwesterner, particularly a Hoosier.

At least they were until Friday.

Now, what exactly is Say’s firefly, you might ask?

I have part of an answer.

The insect is named for Thomas Say, a naturalist who died in New Harmony in 1834. Mr. Say spent so much of his 47 years on this earth studying bugs that he became known as the father of descriptive American entomology.

What’s a firefly, though? I have no idea.

I do know that “Firefly” was a space Western drama created by Joss Whedon that ran for less than a season but still has ravenously devoted fans. But we’re not talking about science fiction television, are we?

As for an insect called a firefly? We don’t have those in Indiana.

I can honestly say that I don’t know many native or longtime Hoosiers for whom the term “firefly” rolls naturally off the tongue.

It’s like drinking soda instead of pop. If you say the wrong one, you must not be from ’round these parts.

Perhaps I’m making too much of this, but regionalisms like this are part of the fabric of our various subcultures throughout this great big country of ours.

You’d look at me like I was crazy if I said: We Indianans love to spend our summers seated on the veranda, sipping on our sodas as the fireflies float on the evening breeze.

Just to test what I already believed to be true, I spent the last couple of days polling nearly everyone with whom I came in contact. I won’t say it was a scientific poll, but I think I conducted it impartially.

It was a simple survey: Do you say firefly or lightning bug?

Of my 100 respondents, an astounding 82 said they say lightning bug.

Eighty-two percent. Vladimir Putin would be envious of those numbers.

To round out the poll, only 14 prefer firefly, two use the terms interchangeably and one says “wawatusi.” (I don’t know.)

Unfortunately, state government is with the 14-percenters (most of whom weren’t natives). Both houses of the Indiana General Assembly and Gov. Holcomb have made the decision for us.

Of course, I’d be remiss in giving an account of this story that’s bugging me so if I didn’t tell another part of the story, honestly the coolest part of the story. It started like so many good stories start — with kids.

Four years ago, a student at Cumberland Elementary School in West Lafayette asked teacher Maggie Samudio why Indiana doesn’t have a state insect and how we might get one.

From that point came an intensive, multi-year lesson in civics that no textbook could teach. The students spoke before lawmakers, wrote hundreds of letters, watched the bill pass through both houses of the General Assembly before, finally, on Friday Holcomb came to their school and signed it into law.

“The perseverance shown by these Hoosier students is inspiring — to kids and adults alike. After years of advocating for this bill, we’re all aflutter to make it official today,” Holcomb said. “For the students, this has been an immersive experience that’s taught them about our government, science, art, public speaking and more. I hope they take what they’ve learned in advancing this legislation and put it to work in their communities throughout their lives. Their futures are flashing and bright.”

And we should all echo the governor’s sentiment. These kids are an inspiration. Their futures are bright.

But that brightness is provided by lightning, not fire.