Friday Jam: Good Year for the Roses-Elvis Costello & the Attractions 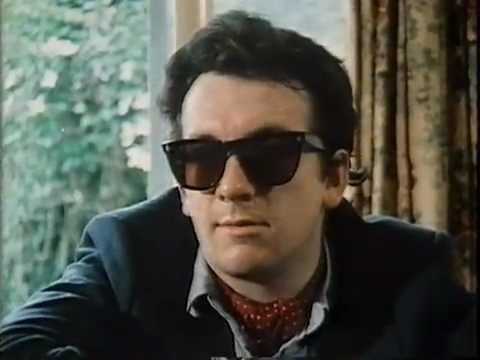 I grew up on classic country music but I have to confess that I've never been overly fond of George Jones.

That comes with a caveat, as "He Stopped Loving Her Today" was one of the staples of Country Gold Saturday Night and if I didn't hear it on a given Saturday evening as a kid, I was unhappy. The same could be said of "I Will Always Love You" or "Eastbound and Down" or a half dozen other songs.

But, for some reason, George Jones has never inspired for me the kind of deeper dive and ensuing devotion that other classics of country like Johnny, Willie, Waylon or Merle have. I just never got that into The Possum.

So, when I came across the version of "Good Year for the Roses" from Elvis Costello & the Attractions a few years back, it was sort of like new to me. Never mind that George had a No. 2 country hit with it in 1970.

Basically, I knew I had heard the song at some point as background noise. But it was kind of my first time really listening to the song.

Really listening to the song, it reveals the beauty of the very best of country songwriting. The lyrics, penned by Jerry Chesnut, reveal the tragedy of a broken marriage through details that most of us wouldn't notice — discarded cigarettes or coffee cops.

Melodramatic? You bet, but it tears my heart right out of my chest.

Then there's the chorus. I'd like to say the roses are some sort of metaphor for the failing relationship, but I tend to believe they're quite the opposite.

More than anything else, they speak to a middle American tendency (and this applies to Chesnut's native Kentucky, Jones' native Texas and those of us here in Indiana and points farther north) to want to be polite, whatever the circumstances.

Why spoil polite conversation by actually saying what you think?

Oh, sure our marriage is falling apart, but aren't the flowers wonderful?

I suppose there's something of the British stiff upper lip in this kind of attitude as well, perhaps part of what attracted Costello to the song.

Of course, it may have been even more than that, as it's part of "Almost Blue," Costello's collection of country covers recorded in Nashville in 1981. A lot of country tunes clearly connected with his British brain.

Whatever the version, it's a great song. Listen to the Costello version below or click on the link for the Jones version above. You'll be happier (or maybe sadder) that you did.

Quick story about the video: The band with Costello is his normal band at the time, the Attractions, with the rhythm section of Pete Thomas and Bruce Thomas (no relation) in their usual roles, as well as John McPhee, who recorded with Costello for years but was never an Attraction, on steel guitar.

You'll also notice a fiddle player in the back. That's Attractions keyboardist Steve Nieve. I'm not sure why there was no organ in the video, as the organ and pedal steel are the backbone of the song. Instead they decided to have Nieve pretend to play a fiddle.

They were filming in Scotland and borrowed the fiddle from a local music teacher. He agreed, but didn't want these wild, young rockers destroying a good instrument, so he sent his daughters along to keep an eye on things.

Rather than simply letting them sit around, the director cast them in the video, sitting them next to Costello to lip sync the backing vocals and also (intentionally or not) provide the video with a weird, Shining-esque quality.

Have a good weekend, people. Happy Father's Day. Try to be less sad than this song.