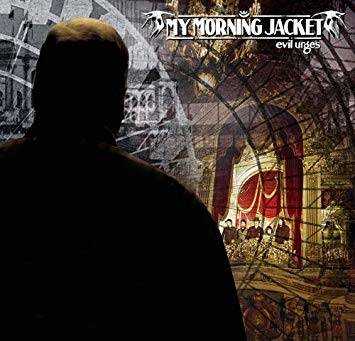 I thought it would be appropriate today to feature a song that expresses some level of thankfulness.

I briefly considered both Led Zeppelin's "Thank You" and Ian Dury and the Blockheads' "Reasons to Be Cheerful Part 3" (which is, literally, a six-minute list of reasons to be cheerful set to a background of late '70s funk-soul-disco-punk), but neither one seemed quite right.

I ended up going with My Morning Jacket's "Thank You Too!" from their 2008 release "Evil Urges."

Having come of age during the age of grunge and shortly thereafter, I was uncomfortable with what the shift from "alternative" '90s to "indie" '00s meant for the guitar-based music I loved so much.

What I've come to realize, though, is "indie" is really just a bigger tent. As I understood rock in the 1990s, anything worth listening to could only be traced back to the hard rock of Led Zeppelin/The Who/Black Sabbath/etc. or to punk rock. That was the list.

Along comes the 2000s and an indie band like My Morning Jacket can unashamedly make a piece of blue-eyed soul like this gem. It's such a good song and 19-year-old me wouldn't have gotten it.

That's unfortunate for 19-year-old me.

The song also works quite well on the album, coming directly after the energy of "I'm Amazed," which is the big hit of this album and really of the band's career.

Coming off that, "Thank You Too!" brings us gently back to earth.

I'm thankful for tunes like this and so many other things.

Be good, people. Enjoy your Thanksgiving. If the family gets to be too much, put on this song and be thankful.