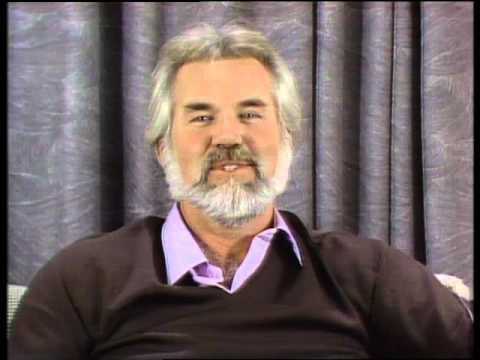 When I sat down to write about Kenny Rogers upon learning of his death this week, my mind ran through some possibilities.

"The Gambler," "Lady" and "Islands in the Stream" were immediately out, condemned for being too obvious and probably talked about elsewhere. "Ruby, Don't Take Your Love to Town" also makes this list.

I strongly wanted to do "Just Dropped In (To See What Condition My Condition Was In)" but I figured it would wind up being a rumination on "The Big Lebowski" rather than Kenny.

So, with apologies to other Kenny songs I love such as "Lucille," "Scarlet Fever," "20 Years Ago," "Coward of the County" (probably my favorite Kenny song) and so many other classics and deeper cuts, let's listen to "Love Will Turn You Around."

The year is 1994 and upstart alternative band Collective Soul has an unexpected hit with "Shine."

Coming out of a long country-only phase a year later, I hear the song and immediately connect with it. While I was connecting with a lot of new (to me) bands in those months such as Hootie and the Blowfish, Pearl Jam, Blind Melon, The Smashing Pumpkins and Oasis, among others, with "Shine" it was different.

I had heard this song before, or at least something like it. I just knew it.

It was something country. It was ... a Kenny Rogers song, maybe?

This thought stuck with me for a while, but given that the internet was still in a rudimentary form at this time, I couldn't really check it. I guess I could have gone home and poured over Mom and Dad's records, 8-tracks and tapes -- there were probably a couple of dozen Kenny Rogers titles around the house. But I had other concerns -- swim practice, geometry, not talking to girls.

And so the thought of the connection went dormant...

... until six years later when Dolly Parton released a cover of the Collective Soul hit.

"Now wait a damn minute," I thought. "This is too weird. Why is Kenny's longtime duet partner covering this song? They're taunting me."

The internet was much more advanced by this time and I had easy access at college, but I was still concerned with other things -- beer, the Epic of Gilgamesh, continuing to not talk to girls (I went to Wabash after all).

The thought went dormant again. This time for almost 18 years.

And then, today, as I sat down to write something, it occurred to me again. As I pored over Kenny's discography, "Love Will Turn You Around" caught my eye.

From somewhere deep in my memory, little pieces of music started coming to me ... a mostly sparse arrangement .. fuller in the choruses ... flashes of beautiful harmony ... that countrypolitan sheen ...

Oh my goodness, could this be that song?

And that was just from memory. Actually listening to it solidified my thought.

I'll let any of you help me the judge. Listen to each of the following songs in it entirety if you'd like -- and you should -- but at least listen to the intro of each.

I know one is crunchy '90s electric guitar and the other is slickly-produced mandolin (a contradiction if there ever was one), but that's basically the same riff, right? Can anyone with actual musical knowledge either back me up or explain to me why I'm wrong?

I'm not sure if there's much point to this except that good music is good music and it's all connected in some way. Collective Soul is a Georgia-based band, so it at least seems possible to me that there are some country influences in their background. But that's pure conjecture on my part. R.E.M. and the B-52s are also from Georgia and neither of them ever seemed all that country.

As for Kenny himself, I can't say anything here that hasn't been said elsewhere. He was an amazing singer, an even better grower of beards and -- before some plastic surgeries went wrong -- was right alongside Sean Connery and Robert Redford as a grandpa type who could also steal your woman if he so chose.

Also, besides the two embedded videos, click on the links above, particularly "20 Years Ago." It was a No. 2 country hit in 1987, but I sort of feel like it's been forgotten. It's a great song. He had a ton of those.

Rest in peace, Kenny. Thanks for the tunes.