Saturday Jam: We are the same whatever we do 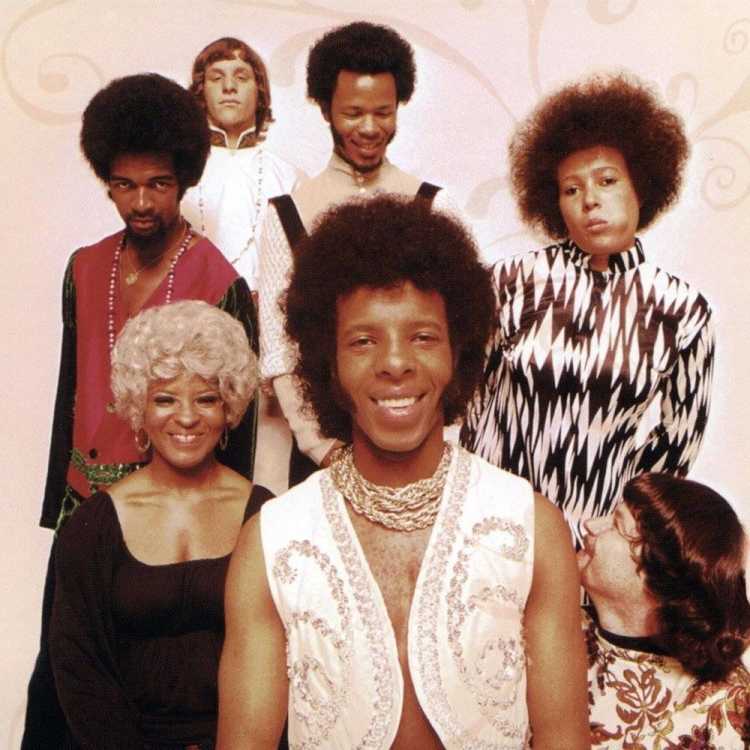 I grew up in a very white family, surrounded by very white music, save some Run DMC, Michael Jackson, Prince, Billy Ocean and a few others that crept in on MTV.

There was not much funky going on at 102 Fall St.

In fact, a few weeks ago, I found a playlist on Spotify called Jazz Funk. I loved it! But the deepest connections I had with some of the songs was thinking, "Hey, this sounds like the songs on Sesame Street."

(Sesame Street -- especially the early seasons -- was funky. You can't deny that.)

So it's safe to say that Sly & the Family Stone wasn't exactly on my radar growing up.

It's actually pretty remarkable to think that my first exposure to a group that had a song called "Don't Call Me N****r, Whitey" was through Toyota commercials when I was a teenager.

So, Sylvester Stewart and his crew have been a relatively late in life discovery for me. But for expressions of joy, defiance, anger, so many other emotions, some of the classic Sly Stone records are great outlets.

I needed to tap into that kind of joy yesterday morning when I actively listened to music for the first time in like 36 hours.

Now, that's a long time for me, but I've been working through a devotional about finding rest for your soul. Thursday's subject was fasting. We usually think of fasting as abstaining from eating, but it's really about abstaining from anything that can occupy your attention and turning that attention toward God.

So I decided that a day without music -- which occupies so many of my thoughts -- might be just what I needed.

I think it went well. I missed it, but found a certain fullness to my day otherwise.

But I wasn't looking for my fast to continue on Friday. So, about mid-morning, I needed something. While there are so many more obvious choices for breaking my fast, Sly & The Family Stone just popped into my head -- yes that same song from the Toyota commercials years ago.

"Everyday People" is about a lot more than selling Corollas and 4Runners, though. It's an expression of how we're all in this life together, no matter our age, color, sexuality, religion, nationality, length of our hair or whatever other lines we might draw.

Ooh sha sha. We got to live together!

Have a good weekend, folks.