Saturday Jam: It doesn’t matter where we started 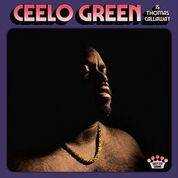 Ever notice how when your’re heartbroken, every song is about a broken heart?

Or when you’re in love, every song is a love song?

It’s no coincidence. Really good songs are a sort of mirror -- specific enough to be genuine, but general enough for us to feel them as our own.

So it’s no coincidence that “Lead Me,” the first single off the upcoming “CeeLo Green Is… Thomas Callaway” seems like it was written with the uncertainty of COVID-19 in mind. It’s a good song, penned by award-winning songwriter Thomas Callaway, Green’s real name.

“The lyric itself is not literal in the context of what we are experiencing but when music is a good vibration, it lifts the spirit and it frees the mind for minutes at a time,” Green said. “Sometimes all we need are those moments of clarity for a sense of escapism.”

I had the opportunity to interview Green recently about “Lead Me,” about the upcoming record and working with Dan Auerbach of the Black Keys as co-writer and producer.

Along the way, we also talked about COVID-19, Green’s (or is it Callaway’s?) legacy and how making the record in Nashville influenced the sound.

The outcome of the efforts by Green, Auerbach and stable of Nashville writers and session musicians is a down-home, laid-back record that sounds unlike anything else in Green’s catalog -- from Goodie Mob to Gnarls Barkley to his solo material.

Before we get to the interview, here is “Lead Me,” which has been making some waves since it was released last month. After the interview is the second single “Doing It All Together,” which was released Friday.

Jared Jernagan: What does life look like for CeeLo Green in the COVID-19 era?

CeeLo Green: I think it is an inconvenient truth but a golden opportunity to pivot and be productive and constructive in terms of a creative capacity or even a learning curve capacity -- a way to just improve and be better.

Some people view it as an ordeal. I view it as an opportunity for self discovery -- I mean like a hard reset. All of those things pertain to capitalizing off of some time to just be still and introspective.

JJ: From listening to “Lead Me” and what I understand of the album as a whole, it’s a positive, uplifting message. This seems perfectly in line with the sentiments of these times, but it was written long before COVID-19. So what was it that led you and your fellow songwriters down the path you took in this album?

CLG: It’s amazing how these things coalesce because it ultimately relates to the here and now even though it was written prior. All things are written with the future in mind. You act on something in that moment for an effect afterward.

So, the song is able to be effective under the circumstances because its intent is for passion, for love, for sacrifice, for listening, for humility. Those are all the healing properties ingrained in the art form of a song such as this.

The lyric itself is not literal in the context of what we are experiencing but when music is a good vibration, it lifts the spirit and it frees the mind for minutes at a time. Sometimes all we need are those moments of clarity for a sense of escapism. That way you can ponder on some type of positive reinforcement or alternative to how you want to spend the time or invest the time.

Investing in love is always valuable. You can always bet some of yourself on the emotion of love.

JJ: Where did the idea for this title -- declaring “CeeLo Green is Thomas Calloway” -- come from?

CLG: The longer story is, I was contemplating not being referred to professionally as CeeLo Green any longer and I would go forward as my actual self, my given name Thomas Calloway because I believe at this point in my career it’s about legacy. I believe that the legacy is in anyone’s last name. It’s the name that you want to be carried on.

That was a conversation I had with myself and kind of a dilemma. I thought that this was probably the best paraphrasing of that idea was a record that was really written non-pretentiously and organically and kind of stripped down.

And then, as always, Thomas Calloway writes the songs that CeeLo Green performs. It’s always that duality, especially with someone like myself being a Gemini. That’s my internal dialogue on a daily basis, the war with myself.

JJ: You mention your legacy and seeming to want to find something deeper. Is that why I detect some gospel influence on this particular song?

CLG: It’s definitely a retracing of roots. I’ve been home as of late more often than I have in quite a long while. So, it does have that gospel-tinged southern soul sensibility.

And, of course, we recorded it in Nashville. The product reflects the environment. It’s just a real down-home kind of feel.

JJ: I’m sure you’re proud of the whole album, but other than “Lead Me” are there any other songs that folks should look forward to?

CLG: I think that as a body of work, it’s really satisfying and gratifying for me as an artist. This being a new offering for me as an artist after about a five-year hiatus. So I’m happy about it and I’m really excited about people hearing it. Of course, “Lead Me” is getting a really great initial response.

JJ: How did you get connected with Dan Auerbach?

CLG: We met years ago at South by Southwest. We were kind of perusing around and going to different shows. They were at a Gnarls Barkley show -- the Black Keys. They came by to support us. And then we went to their show later that evening to support them. We befriended each other then.

Danger Mouse, my other half in Gnarls Barkley, went on to work with them and produce one of their albums, the album titled “Brothers.”

We bumped back into each other performing in London. Me and Dan were both doing Jools Holland, which is a music and variety show in London. We exchanged numbers and he said he wanted to get together possibly and write some songs. He said that he had always been an admirer of my lyrics.

I said, yeah, great. I think he’s talented. I’m a fan of the guy. We just kind of reciprocated that good energy and optimistic attitude about getting in a room and just trying to see what happens. And this album happened.

We weren’t initially there to record an album. We were just there to pal around and see what we could come up with.

JJ: What was the process of recording with Dan like?

CLG: We would get up at 11 o’clock, which was peculiar for me because I don’t really record in the day. That’s not my approach. I like to work the nightshift. So it was a challenge to begin with and I almost got a little perturbed with it, to be totally honest. But I got accustomed to it after a while.

I was probably there about four weeks total. Over about four months, I spent like a week per month there.

It was just casual conversations that became songs.

JJ: I understand you hadn’t recorded with a live band behind you before. What was that experience like for you?

CLG: It was wonderful. It was a little distracting because I wanted to watch it for what it was also. For the sake of the out-of-body experience, I wanted just to see it.

This last week that I went, after three weeks of writing random stuff, he was there all ready to go and had basically surprised me with a studio full of people, all suited up with sheet music. They just played astonishingly accurate and on point -- very, very tight. I guess that’s a lot easier to do when you’re reading sheet music.

It was just a very unique experience for me. I really appreciated it. It was so fun to do.

We wrote about 12 or so songs over that month of time but I recorded this album in about two days. I did about six songs a day.

JJ: Were there any particular artists you were listening to at the time you recorded this that really influenced it?

CLG: Nobody in particular, but everybody all at once. I think the psyche is split between two things to pull from -- what has been done and what hasn’t been done. Then you are confronted with the sober reality that there’s nothing new under the sun. Then you wonder how could you revisit something and dignify it.

Love is one of those themes that you’ve gotta always go back to that fountain of youth. Love will keep you alive, keep you young and visceral.

We love what we’re doing and that’s why it sounds like the here and now and it also sounds timeless. These songs will sound like they’ve been around for 60 years already.

“CeeLo Green Is… Thomas Callaway” is due out June 26 and is available for pre-order.