FRIDAY JAM: Would you cry if I told you that I lied? 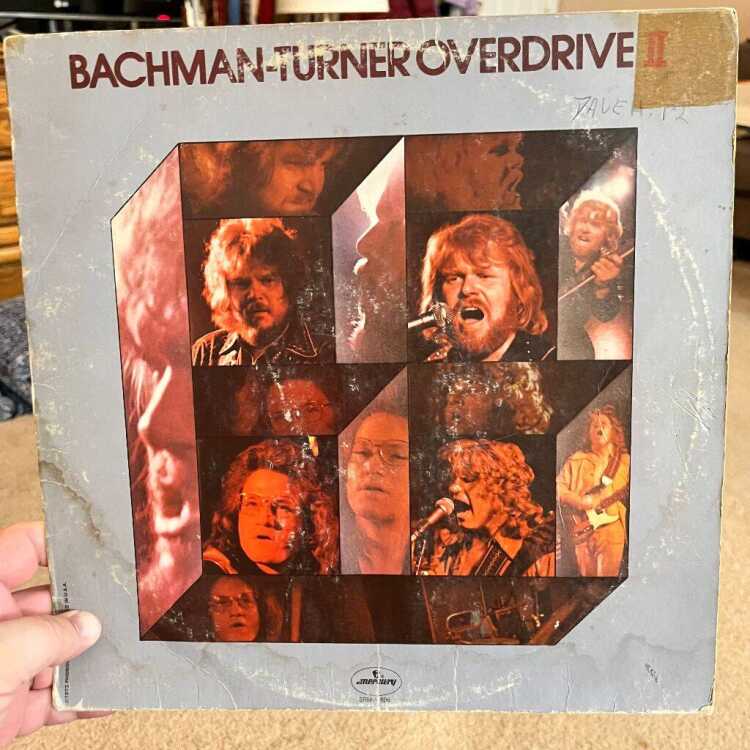 As my vinyl collection continues to grow, it happens in a variety of ways. Occasionally it involves a pristine, vintage copy of some classic record. Other times it's a brand new release -- perhaps even pressed in something fancier than simple black vinyl. (Seriously, my orange and black version of Spoon's latest record is awesome.) Other times it's a repressing of some classic album, but repressed on (gasp!) "180-gram audiophile quality vinyl."

Let me be clear: I'm rather discerning about my music, but I'm not audiophile. Sure, I notice when it's not the original version of a song -- or at least not the version to which I'm most accustomed. I notice the little flourishes, intentional and unintentional, in songs I love -- slight variations in the bassline, subtle drum fills, that moment when the guitarist's fingers lightly drag over a string. I love it all.

But in my close listening, one thing I never mind are the cracks and pops of an old record. (Skips are another story.) There's a warmth and a humanity to the wear on records, whether it's years of dust from years of non-use or scratches or worn grooves from years of constant use.

Also, it's a heck of a lot cheaper to expand your collection when you can get three or four records at a thrift store for less than five bucks.

Such was the case on Wednesday. I found myself in Crawfordsville with a little time to burn, so I visited the Goodwill store. (As an aside, why doesn't the Greencastle Goodwill have records? Thank God for the collections at Beyond Homeless Thrift Store and Rescued Treasures.)

Of course, I had to wade through a lot of stuff I didn't want. I don't think I've ever gone through a thrift store in small-town Indiana without having to weed out some Henry Mancini or Guy Lombardo. Our grandparents really loved those guys, apparently.

But I found some gems to bring home: "Wichita Lineman" by Glen Campbell, "Little Deuce Coupe" by The Beach Boys and "Bachman Turner Overdrive II."

Now, BTO in particular is one that I wouldn't have picked up for much more than two or three dollars, but $1.49 seemed like just the right price.

Now, this record sleeve in particular has seen its better days (see photo above). Extensive ring wear (which I actually like on a cheap purchase), water damage from who-knows-what and a spine that's impossible to read.

Also, what's up with the previous owner putting masking tape at the top, right corner? Was that for a yard sale at some time? Was that the "Dave H." who's indicated partially under the tape? Who exactly was Dave H? Did he love BTO and listen to this a lot or did it mainly sit on his shelf? The light scratches on the surface of the vinyl indicate the former, which makes me happy.

All of these thoughts were running through my mind as I dropped the needle.

And the music itself gave me pretty much what I expected -- guitar-driven, early 1970s rock featuring two of the three BTO songs I actually know in "Taking Care of Business" and "Let It Ride." The third hit I know, "You Ain't Seen Nothing Yet," came out a few years later.

In summation, I can say this was worth the $1.49 and then some. It's not going to be in heavy rotation, but every once in a while I really need to hear "Let It Ride," and it's nice knowing it's there on the shelf, waiting for me.

It's also waiting for you if you want to click the link below.

Be good out there this weekend, people.