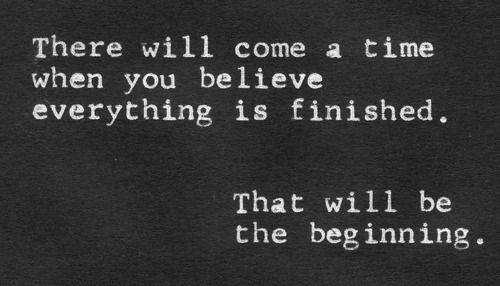 From "Lonely on the Mountain" by Louis L'Amour

First off, I would like to wish all of you a Merry Belated Christmas.

When I wrote last week's blog, it completely went over my head that Dec. 25 was right around the corner. I was focused on compiling stories for the year-end recap and going towards the end of what was a busy couple of weeks (I logged almost 200 miles between Cloverdale and Russellville this last pay round).

Despite this, I hope you all had a good holiday and that "Santa" brought you and yours many gifts, whether they may be innocent enough or a little more "festive." I hope soon to be able to taste my Jim Beam Repeal Batch commemorating the 85th anniversary of Prohibition's end in 1933. I'm an adult history buff like that.

I know that by the time I write next week's post, we will be past the throes of 2018 and into the new year. That means some of you may commit to shedding a few pounds (perhaps gained by eating all those cookies), breaking bad habits or landing that job.

Some will be more than happy for 2018 to come to an end, while others will be more reflective like I have been.

Last year saw a few watershed moments in my life. I graduated bright-eyed from Wabash College. I found my first real job in Wheeling, WV, and it was that first job which I was fired from. This was when I fully realized that my education doesn't matter to employers who won't reply to your application, much less treat you little more than a commodity.

By the time I came back home last December, I was a not so bright-eyed version of my former self. My hairline had receded even more and my weight dropped (which is both a good and bad thing, depending on how you look at it). I was tired, irritable and resentful of others who I thought had nothing against them.

I found what was at least a steady job in the middle of January, after which I turned to contemplating what could be. Six months later my dad directed me towards an ad in the Banner Graphic where the paper was seeking a reporter. I had nothing to lose, and I was looking for a change. I went in for an interview with Eric and Jared, and the rest has found me getting more in tune with my hometown and myself as a person and a professional.

"The bird fights its way out of the egg. The egg is the world. Who would be born must first destroy a world."

Though it is heavy with symbolism, Hesse suggests that a breakdown, indeed an existential crisis, is necessary to become more aware of yourself and others around you. That event in Wheeling essentially destroyed me; but not all destruction is negative.

At the same time, I'm not saying I am the prodigal son who was lost and then found. I know peers from Wabash who have went through the same thing, but have kept going regardless of the circumstances. That's the more important thing here, because you know it's not just you, and that things can go your way if you are patient.

Pity, from both POVs, can only get you so far.

New Year's resolutions can take many forms; the hard part is seeing them through. They are goals nonetheless. It may be cliché, but New Year's represents a new start. In the same vein, it can mark the start of a rebuilding of your image and your courage.

I'm looking forward to 2019 and what it has in store for me, and I hope that it surprises you in ways that shape you for the better.