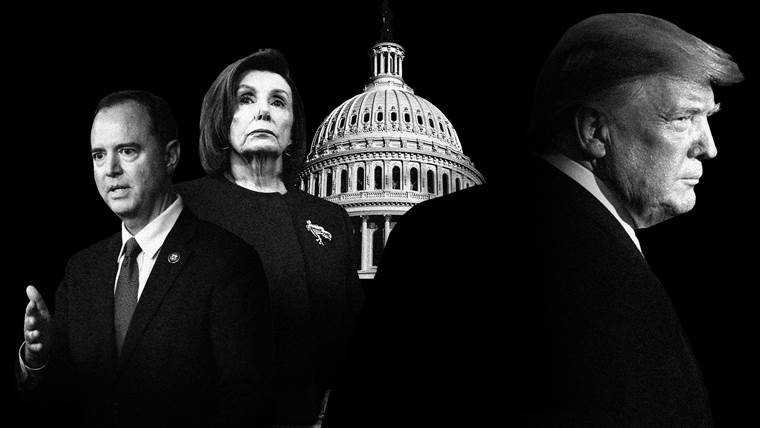 Yesterday proved to be an exciting - even though divisive - day on Capitol Hill as the U.S. House of Representatives finally voted to impeach President Donald Trump.

With bitter charges from both sides highlighting what was meant to be a day of debate, the Democrat-led House passed an article leveling the charge of abuse of power in a 230-197 vote. The divided chamber then went on to approve a second article which details obstruction of Congress with regard to the House's prior investigations.

President Trump is only the third sitting president in U.S. history to be impeached by the House for "Treason, Bribery, or other high Crimes and Misdemeanors," as it is specifically written out in Article II, Section 4 of the United States' Constitution.

The article accusing Trump of abuse of power relates to a call back in July between him and Ukrainian President Volodymyr Zelensky. From a released transcript, Trump appears to solicit help from Zelensky in investigating former vice president and 2020 candidate Joe Biden and his son, Hunter, on still-unsupported claims of corruption.

There is also a case made that Trump directly hampered the House's investigation of a "quid pro quo" - in which he approved military aid to Ukraine for this cooperation - by directing subpoenaed witnesses to not testify during the investigations. The president has done this before - while Special Counsel Robert Mueller's inquiry into whether he willfully encouraged Russian interference in the 2016 election was being carried out.

It must be stressed that the House's submission of these impeachment articles against President Trump is NOT a conviction or a definite determination of guilt. This is determined by the U.S. Senate, with the Chief Justice of the United States presiding over a trial. When all is said and done, two-thirds must affirm one of the two articles.

Here is where I want to provide my own thoughts on Trump's impeachment, and how the Senate trial - which must proceed according to the Constitution - is being set up.

I once professed that if Democrats wanted to prove a truly unassailable point, they should put their backs into supporting a candidate to beat Trump in 2020. On the other hand, if dissident Republicans want to contest him in their primary, a moderate like John Kasich would be an experienced challenger I could certainly get behind.

Congressional Democrats, so to speak, have now finally crossed the Rubicon. If they want to be honest with themselves, they should accept that Senate Republicans have the power to put up a roadblock saying, "Thus far shalt thou come, but no further."

With that in mind, I fear for the integrity of the Senate trial. Mitch McConnell, the Republican majority leader, has said he will not be "an impartial juror." Though confident Trump's removal is "dead on arrival," an unnecessary disregard for a focused due process shows in him working directly with White House counsel.

Georgia Representative Barry Loudermilk stated unequivocably on the House floor that Pontius Pilate treated Jesus Christ with more fairness than House Democrats have treated President Trump, even though House Speaker Nancy Pelosi invited him to testify. It doesn't take a Christian scholar to see how reckless this comparison is.

Not only is Loudermilk saying Trump is like God, but he disingenuously twisted the Biblical narrative to House Democrats simply having a personal vendetta against him.

The thing is that these two responses are making up the attitude of congressional Republicans on the whole. I think this has wide implications about the amount of cognitive dissonance one would be willing to endure to be that impartial juror. As a rule, expectancy violations are what incite the partisan mobs in this political climate.

A Trump supporter can label me a "leftist" for wanting to see the Senate conduct itself dutifully. Those who may vow to perpetrate violence against fellow Americans because of this constitutional process will be emboldened if our senators do not make an effort to look past their own ideological bents. To be clear, both party lines share this onus.

Whether you think Trump's impeachment is the result of a "witch hunt," or the culmination of principled resistance, this is a historic - and harrowing - moment.