Being there was tough 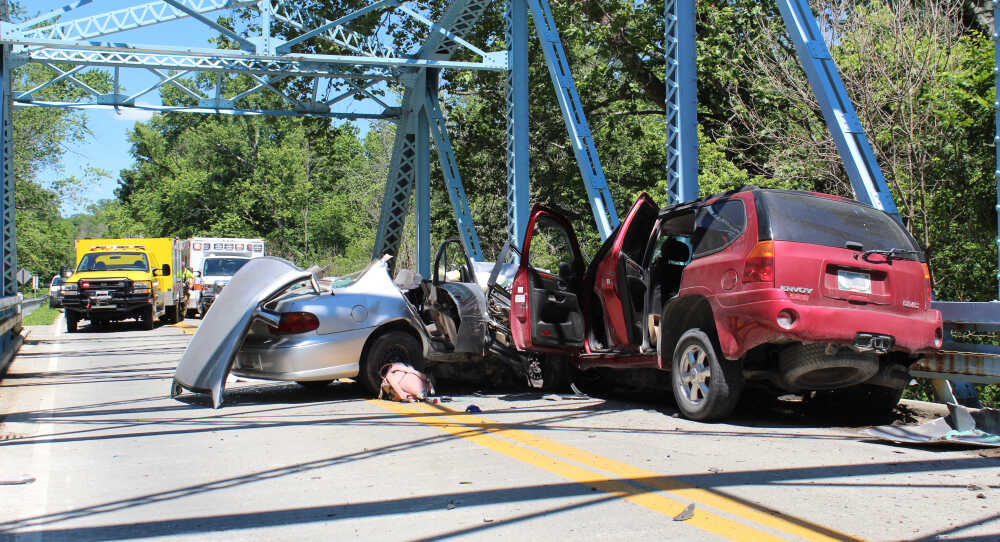 Two were killed in a collision near Cloverdale on Tuesday. (Banner Graphic/BRAND SELVIA)

As I was making my way to the accident that occurred on State Road 42 late Tuesday morning, the very last thing on my mind was that it would turn out to be a fatal one.

I am sure there are some who think I was just being a paparazzi type taking a ton of photos and running around. The opposite was true. I only stood from a distance as paramedics tried to revive one of the victims. I watched all their efforts be to no avail.

What I saw at the scene was horrific. Not being part of the emergency response world, it was surreal knowing that the deceased's family would be given the worst news they might imagine. I felt helpless as Putnam County EMS and the Cloverdale firefighters secured the area. It all started to slowly sink in while I walked back to my car to leave.

We decided that this wasn't going to be an immediate story, even with the bridge being shut down. I took the photo, came back home and had lunch. Putnam County Sheriff Scott Stockton let me know that family had been notified and I wrote up the article.

I teared up as I went to bed Tuesday night. It became absolutely real after the Putnam County Sheriff's Office shared my article and a photo I took of Cpl. Scott Ducker at the scene. There was nothing truly objective about it all, and I think that this is important.

I know I'm wearing my heart on my sleeve here a little bit. I am speaking as to how I felt, and still feel, after effectively being there as a bystander. All of the stresses and frustrations which our police, EMS and fire personnel go through is never lost on me. They all showed grace and determination while the odds were stacked against them.

While I waited for the sheriff to get with me, I called Greencastle Fire to get fire runs. I told one of them that I hoped they never have to see what I saw. This might've seemed out of touch on my part, because I know what they all can — and will — go through.

However, I think it is crucial to recognize after something like this that we are still humans being. It also bares reiterating that connections, both professional as well as man-to-man, really do matter in my work as a reporter and as a community member. At the end of it all, I had a shared experience with the first responders who were there.

My thoughts are with the Bailey and Hatton families as they grieve the loss of their loved ones. I also hope that the baby will recover fully while she is at Riley Hospital.

As Ducker wrote in his post, "No textbooks or websites or professors or college degrees or anything can prepare you for the everyday roller coaster ride of experiences and emotions." It was a tragedy, but I see a silver lining in how much this resonates now.

Being there was tough for me and for everyone else who was involved. This kind of scenario may come with the job, but I hope to never see again what I saw on Tuesday.