If I can't talk about it, I'll write it 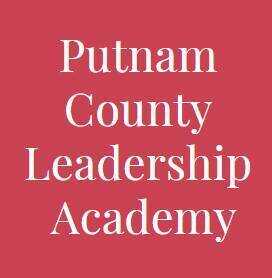 Last Monday, I had the opportunity to talk about the Banner Graphic and what I do as a local journalist with the 2021 cohort of the Putnam County Leadership Academy.

They also heard from Scott Monnett and Lea Durbin about the important community service work they do with Family Support Services and the Beyond Homeless shelter, respectively. I insisted that I'd go last, because I wanted Scott and Lea to set the pace.

They both did a great job presenting information about their organizations' missions. I really couldn't. Sure, I talked about how many subscribers we have just to give an idea of the Banner's reach. But that was not meant to be the meat of my remarks. I tried to synthesize, in speech, what I value as a reporter, ideas that I have discussed a lot here.

I tried to convey how the Banner could be an asset to their own organizations; how we want to help them tell their stories; how we want to be accurate as well as timely; how I always want to get out into the community and build rapports with leaders like them.

I don't think I did this as effectively as I could have. All I wanted was to be myself and hope to make a connection. However, being there in the first place meant something.

The group environment brought back how much I enjoyed being in the 2020 PCLA cohort last year. It was a group of more-or-less strangers who became partners with whom we could honestly communicate and identify wants and needs and passions. This dialogue must drive how we all can sustain and promote a thriving community.

I believe it is important for people not to see the Leadership Academy as an elite club. This said, I hope each of them have gone back and talked with their colleagues about what they've learned. Those are missed opportunities for discussing ideas otherwise.

I will have an opportunity to get involved with the cohort, albeit from the reporter's point of view. The next few weeks, the Leadership Academy will go on tours of central and southern Putnam County and see some of our industry. I would like to come along and write a column or an article. Again, it's telling that story and learning by example.

In the meantime, I hope to find out more about what the cohort has discussed. This is an initiative that is important to me. In the end, there's nothing to it without people.