It's beginning to look a lot like ... never mind 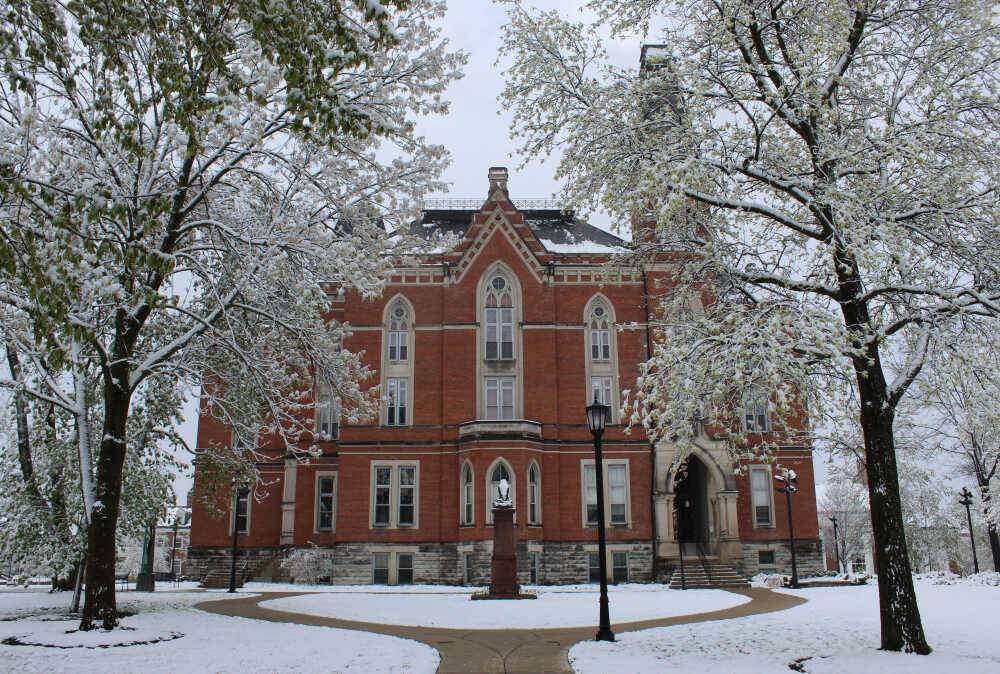 The grounds of East College on the DePauw University campus set a wintry postcard scene following the approximately two inches of snow that fell in Greencastle earlier this week. (Banner Graphic/BRAND SELVIA)

If there ever was a time when it showed how unpredictable Indiana weather can be, this week was it. Maybe Mother Nature just didn't want us all to take it for granted.

One of my graduate classmates got a kick out of the joke that we Hoosiers just have to wait five minutes for it to change. Mind you, she lives somewhere over in California. I would imagine that it is a toss-up at best on some days between rain or sunshine there.

That joke is obviously a stretch, but consider the weather in the past two months. We had our "snowmageddon" in mid-February. A week after digging ourselves out of 10 inches of snow, We could've been grilling burgers and brats and drinking beer in our backyards. It was a glimmer of spring, of being done with snow until maybe October.

It happened Tuesday night. I looked out my bedroom window and saw the courthouse lawn was an off-white. I sighed and thought to myself, "Pictures tomorrow, I guess."

We did have some pretty good photos Wednesday. The thing is, all of it was basically gone before dinnertime. Merlin and I just laughed at Mother Nature as she wanted to spit more flurries throughout the day. All told, about two inches of snow fell this week.

The National Weather Service has provided that this is the second time in 91 years that measurable snowfall has been reported here this late after winter. It is also the second-heaviest snowfall to occur this late, behind 2.4 inches recorded way back in May 1897.

This happened once, and it can happen again. Someone mowing in the snow would make for a great photo. It would be iconically oxymoronic like snow on the tulips. This shouldn't happen, but it can here. As the meme goes, the seasons seem not to matter.

"Maybe God's trying to tell us something," Merlin quipped about the weather. "Maybe He's saying, 'Look you smartasses, I'm still in control.'" I'll just leave this one at that.