How I took an 'L' this week 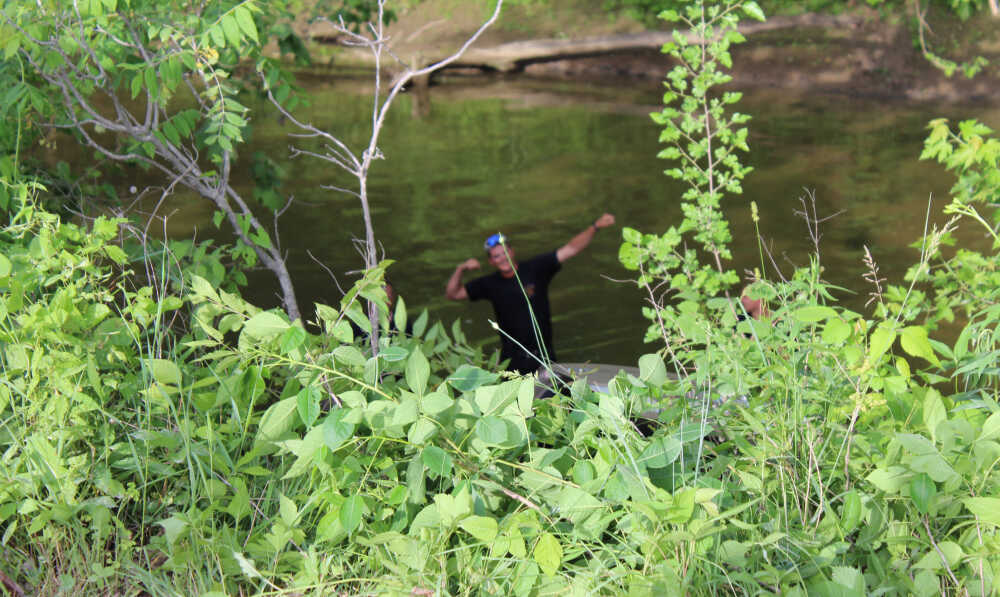 A recent example of what I would consider an "L." (Banner Graphic/BRAND SELVIA)

There are times in my job where it simply doesn't work out for me. This is especially true when it comes to trying to get photos that are of "workable" quality for the paper.

I can put a little of this on my Canon that I carry around with me. It is a great piece of equipment and I love using it. Still, autofocus can suck at the most inopportune times.

However, this is still directly linked to me knowing what I want and what I need to do.

I was fairly confident when I went out to cover that crash along Big Walnut Creek last Monday. I saw the potential for some good "action" shots with a few of Greencastle's firefighters searching in the water for two missing occupants (who both actually fled the scene). Instead, they all focused sharply on the shrubbery along the embankment.

A Putnam County sheriff's deputy had the same idea, and his photos turned out much better than mine. The difference is that he used his phone and got a little closer to the embankment edge. I know my own clumsiness. They might've hauled me out instead.

In the end, the story became Jared's. For me, this was only another "L" to reflect upon.

I am now convinced that my phone could've gotten the shot above without having a conniption. I also think that I could've done more when it came to being a reporter. I could've asked more questions. I guess I was more concerned about being in the way.

Photos are certainly not the only element that can make a story. In my previous post about "iconic" images, I said it is often about being at the right place at the right time. We will, to some degree, always be behind the eight ball. This is why the connections we have made with first responders and many others in the community are vital to us.

Each story will have their favorable or otherwise unfavorable conditions. I will try to mitigate the obstacles and act on the "hunches" I get. With the excitement and stress that comes with this job, I'm still working on not letting the "L's" hang over my work.

I am always looking forward to getting my next "money shot." What remains constant is that the effort always counts, no matter what. This is how I'm taking this week's "L."